Had this game been released (and in a parallel universe it will definitely be) the following screenshots would have depicted the sixth and seventh modules of Elvin Atombender's space station: the recreational quarters and the power, air and water systems. 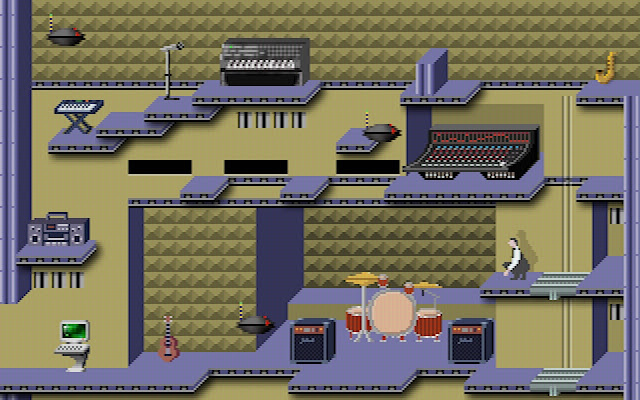 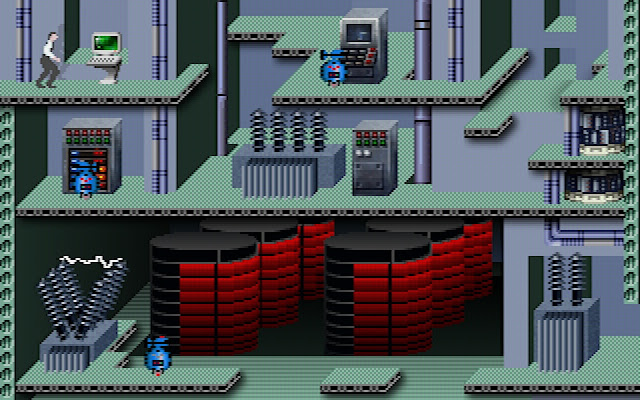 Another glimpse at what the game could have been? Ok, you didn't ask for it but you're still going to get it. Here you can see two rooms from the living quarters and the greenhouse, the graphics of which were partially drawn on Deluxe Paint IV on an Amiga 500 back in 1993: 29 years later those bitmaps in IFF format end up in a true game (I mean, could have ended up in a game that could have been released in a hypothetical world). 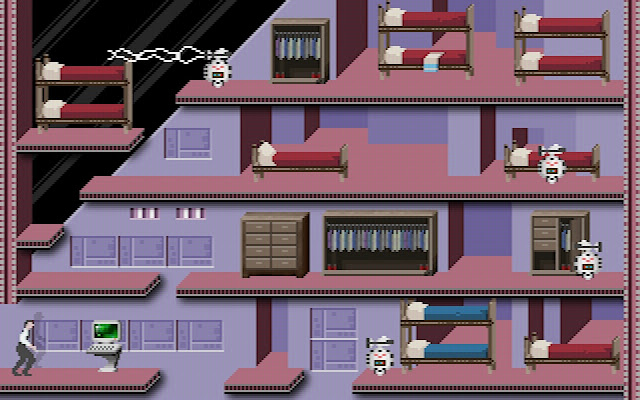 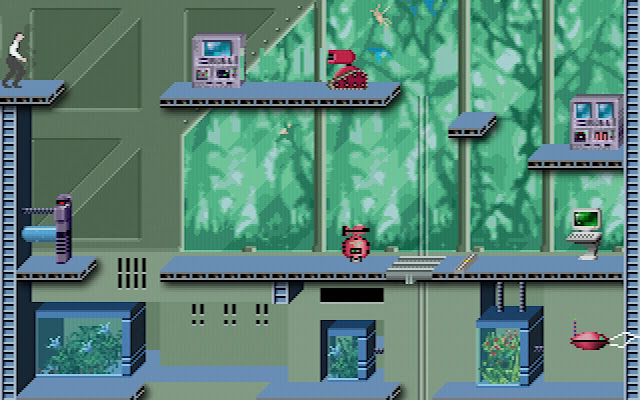 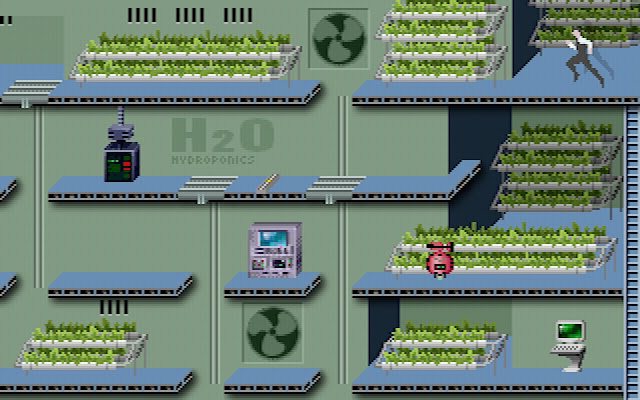 If this game hadn't been discontinued, these would have been screenshots of more space station modules, which were completed and underwent the testing process: the zoologic "ark", with a DNA preservation vault, and the art gallery. 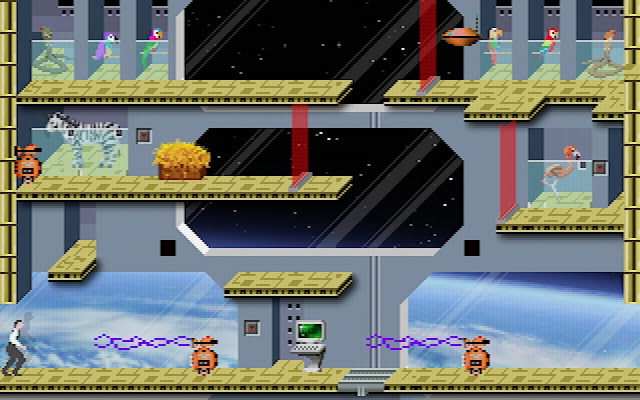 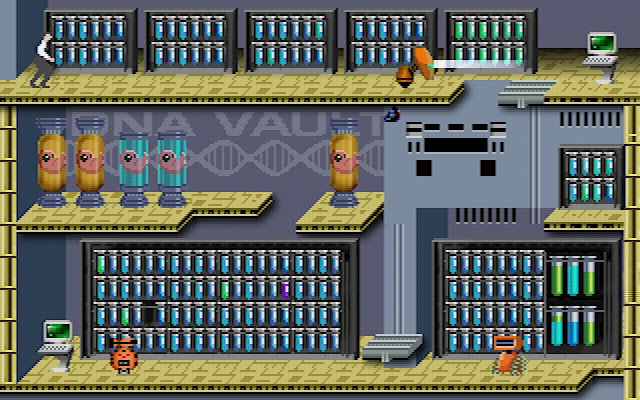 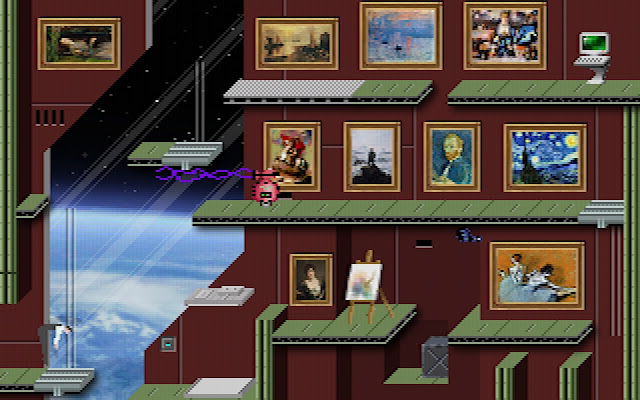 The shape of things to come

The idea of a third installment of the series has been wandering in my mind since the second game, but back then I had no clue how to create a game of my own. Meanwhile the forgettable, lackluster IM 2025 was published, a game I always refused to accept as a canonical continuation.

Then came Clickteam Fusion, a tool with good potential to create any kind of game: the old dream of a third chapter in the ongoing battle against the evil genius Elvin Atombender appeared a realistic enterprise, one I could finally undertake. 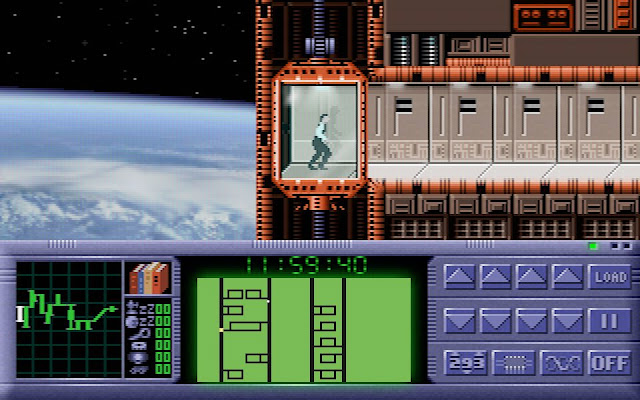 I had envisioned a third - and allegedly final - installment set in space, just to move further the setting already changed from an underground stronghold to a series of towers in the second game. This time we're in a space station orbiting Earth with a deadly and destructive purpose. 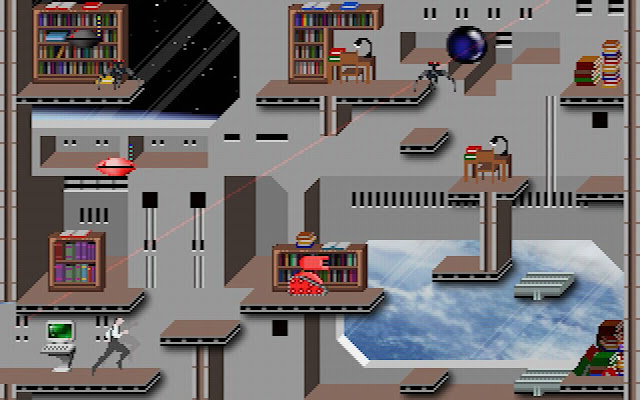 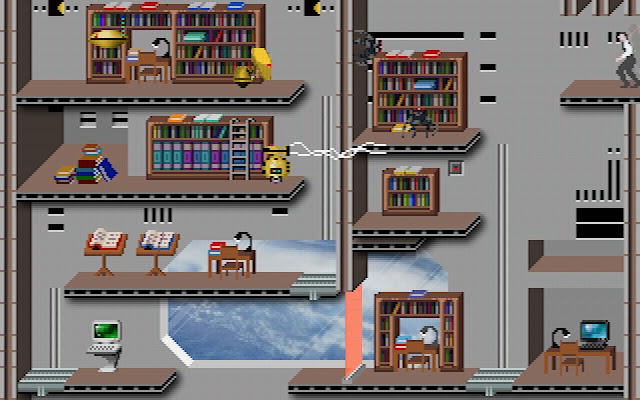 By the time I'm writing this post, the main engine of the game has already been completed, with all the puzzles (in the classic Impossible Mission tradition) and much of the graphics, sounds and effects. Actually, this development blog shows up quite late in the development process. This is definitely a fangame which will be completed soon: it won't take many years, just because... it has already taken some years to get to this point! 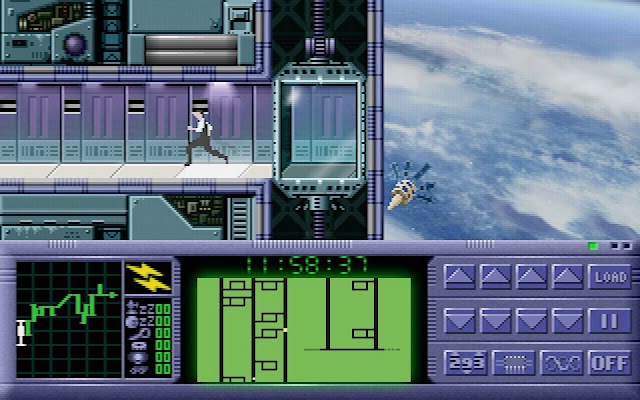 A piece of game history

Back in 1984 Impossible Mission on the C64, by Dennis Caswell, published by Epyx, was a feast for the eyes, with its polished graphics, and the ears, with the stunning and legendary speech synthesis; and, most important, a compelling game with a tremendous atmosphere. It was a killer application for the Commodore; an instant classic; an immortal masterpiece. Easily the best C64 game ever released, especially considering the year it was released. 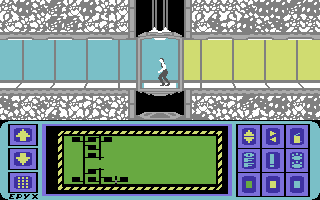 I can't remember a game so perfect. That was the remote inspiration for the game this blog is about, which is its second sequel. Besides being a development blog, this website will host posts on the history of the glorious IM game series.

Another visitor... stay a while, stay forever!